The Great California Exodus. Is it Real?

For over 150 years, California has enjoyed a unique status in American life – it’s the place everyone wants to be. Several industries made California their home – banking, manufacturing, aerospace, technology, entertainment, scientific research, education – which brought high-paying jobs and some of the most gifted people in the world. A robust agricultural base also contributes to California’s economic power. Population growth has always fueled California’s strength.

There is new concern about the impact of people leaving California. When did the California exodus start? Around 20 years ago, growth started to slow, and in 2020, California’s first-ever population loss was recorded.

But does this equate with a great California exodus? 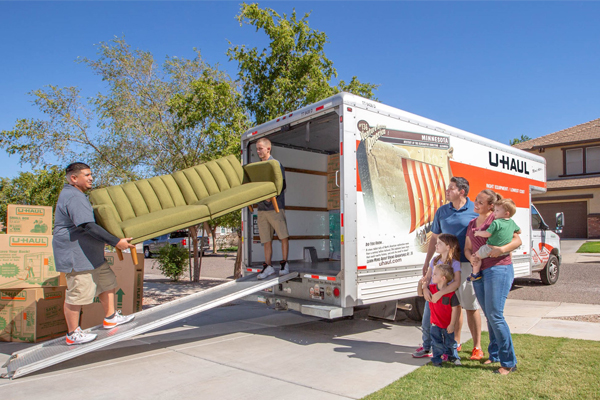 Are People Leaving California in Droves?

Last year showed a .46% drop in the state’s population. In 2020, 182,083 fewer people lived in California than were here in 2019 (as reported by the state’s Finance Department). Most of the loss happened in the second half of the year, while the pandemic was at its worst.

But the UC California Policy Lab did some research and found "no evidence" of a "pronounced exodus" from California.

What Is Driving the California Exodus?

Tax rates are among the reasons cited by people from California, along with the high cost of housing. The median price of a home in California hit $700,000 in 2020. There is a lot of concern about the shortage of affordable housing.

Many who move out of California have lower income and education levels, while well-educated people with higher incomes are moving in.

Other issues, such as drought, landslides and the prevalence of wildfires, have caused some Californians to consider moving.

What Are the Numbers?

267,000 people left California around the end of 2020, with 128,000 arriving from other states. The loss of many lives to the pandemic (around 26,000) has, of course, affected the population count. Declining birth rates (a trend nationwide) has also had an impact. Covid 19 has curtailed international immigration.

While many in California are moving, most people are moving within the state, from larger cities to suburbs and smaller towns, searching for more affordable or more spacious housing. Working at home has untethered many employees from their job’s location.

Small living spaces in big cities became less attractive during the pandemic for those working at home, especially if they had children. A house with a yard became more desirable than proximity to the office. Hybrid work schedules, where workers commute once or twice a week, have helped make some of the state’s secondary cities into mini-boom towns. While the prices are still high, people are able to find the kind of homes they want.

But 80% of those who left San Francisco moved to surrounding counties, such as San Mateo, Marin and Alameda. Likewise, 30% of former residents of Los Angeles moved to San Bernardino County, favoring Fontana, Rancho Cucamonga, Ontario, Victorville and San Bernadino, among other cities. 17% of former Los Angelenos found new homes in Orange County in cities such as Irvine, Newport Beach, Costa Mesa, Seal Beach and Orange.

What Is Causing the California Exodus?

For some, the high costs of housing and living in California have spurred migration to other states. Most of the people leaving have low, middle or fixed incomes, and many are elderly.

Lower taxes in other states are a reason that is often cited by those who have moved to such places as Austin. Texas and Washington are most popular with younger movers, while Arizona and Nevada are where most of the older former residents have landed. Utah and Idaho are other locations favored by those leaving California.

Disagreements with Covid 19 lockdown policies and other political concerns have proved a catalyst for some people to leave.

The pandemic transformed work-from-home from something rare and unusual to the regular and everyday. Last year, two-thirds of workers in the Bay Area admitted that they’ve thought about moving – if they could always work from home.

As the pandemic recedes, economic experts predict that the state’s population will bounce back modestly. Increased vaccination rates should allow for businesses to rebound and for hiring to increase. International immigration should soon return to normal levels as well once the pandemic cloud has fully lifted.

Growth has been a counted-on part of planning for localities statewide for over a century. While the population of California has decreased slightly, the demand for housing is still high. Urban areas have been crowded for years. They may become somewhat less crowded, but a trend toward gentrification has been picking up. Home prices and rents are rising sharply in California’s secondary cities -- the new boomtowns.

Since the late 1980s, California’s new housing hasn’t kept up with growth. The housing shortage is likely to remain for years if not decades, even if production increases dramatically. Home prices are still high – the average cost of a home in the Bay Area is still over $1 million.

Is California Still A Good Place to Live?

While California doesn’t have ongoing population growth, it does retain a lot of wealth. To thrive, California must figure out how wealth creation can be coupled with equitable distribution of wealth. In addition, the state will need to address affordable housing to keep more low- and middle-income residents.

California has long led the nation in so many areas and still receives the most venture capital investment in the country. Truly, America continues to trust California as the best place to invest.

This will be California’s unique opportunity to adapt to changing climates and demonstrate its brilliance and depth once again. While some have moved out of state, most have moved within California. Most California residents, according to a recent survey, still believe in the “California Dream.”