What Is a Housing Bubble? 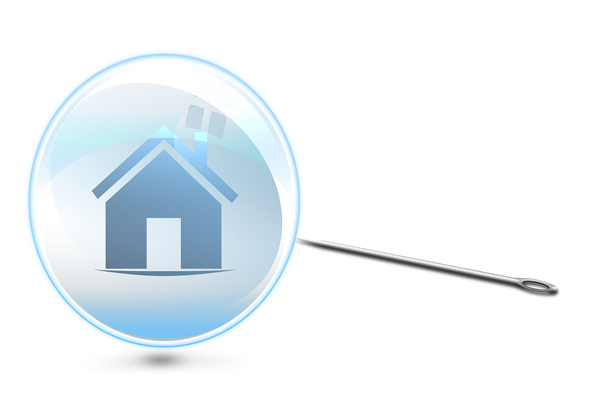 We've started hearing the words "housing bubble" again, reminding us of old fears from the Great Recession of 2008. A housing bubble is an unsustainable spike in housing prices, leading to market collapse. A housing bubble can be created when there's a high demand for not enough houses and is sometimes fueled by homebuyers and investors speculating that the home values will keep rising even though fundamental factors don't seem to support home prices.

With a housing bubble, both the growth in demand and the spike in home prices are uncommon and unexpected. This can happen when the supply of houses can't keep up with the demand, causing prices to go up. At first, this is wonderful for the average homeowner. But, the rise in prices can lead homebuyers to become extremely aggressive, offering way above the asking price and recent comparable sales, to get the home they want. The frustration from losing multiple bidding wars causes more aggression offers make the market go up even faster with almost no consideration for recent comparable sales and neighborhood home values.

Eventually, economic conditions will change, inventory will rise, and the market will come back into balance, and that's when the bubble can pop. This can cause a big dive in the average price of homes, sometimes leading homeowners to be underwater on their mortgages, with the house's value not matching what was paid for it. No equity and the inability to sell a home would be bad news for the average homeowner, especially if they overpaid in their eagerness to get into a hot market. These are some reasons why we really hate to hear the words "housing bubble."

You may have been residing under a rock and are unaware of the very recent housing climate, so let's review. Median home prices have been at an all-time high, rising over 23% since June 2020. As a result, houses have been sold way above the asking price, some for all cash with no contingencies within days.

This dramatic acceleration was fueled by low interest rates combined with low inventory. The pandemic brought a shortage of building materials and other supply chain issues that led to a shortage of new homes being built. The number of available homes has not caught up with demand.

Some feel that consumers have been caught up in fear of missing out. Millennials are coming of age and have joined the housing market, with Gen Z consumers soon to follow.

But now, the frenzy has begun to calm a little. The Federal Reserve has raised interest rates for the first time in years to cool the market down. It's become apparent that household incomes have been outpaced by the cost of renting or buying a home for some, which will lead to a slight decrease in demand.

Some measures put in place because of the pandemic, like homeowner protections provided by the Cares Act, will expire soon, another factor that could create unforeseen ripples.

With the market changing, concerns about a housing bubble are rising. What will this prospect mean for the real estate economy in the near future?

How Do Housing Bubbles Form?

Housing bubbles are bad news for homeowners and those who care about the health of real estate markets and can also be an ominous portent for structural issues within the larger economy. With a go-go economy and low interest rates, there is an opportunity for speculators to take advantage of cheap credit.

Signs a Housing Bubble Could Be Forming

Anyone who's observant may have seen some signs of a housing bubble bubbling below the surface. After the pandemic led us into a minor recession, we've seen a recovery that's led to increased prosperity. As a result, people have felt encouraged to pursue homeownership for the first time, to find houses that are more suited to working at home, away from major cities and traffic, and/or raising or expanding a family. 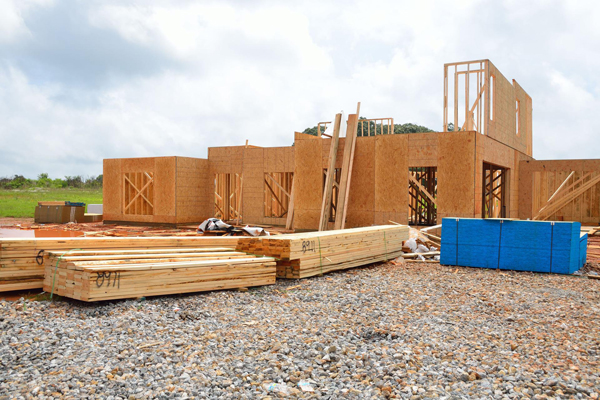 Shifting demographics have meant a rise in the number of people entering the housing market. At the same time, low interest rates have made homes affordable for the first time for some. Meanwhile, supply shortages have kept home builders from creating new units at a fast enough pace and many of the larger mature cities have nowhere left to build.

Meanwhile, the price of homes has jumped and then just kept soaring up. Economists feel that home prices have been rising faster than market forces. "Insanity" is a word that they keep mentioning. "Unhinged from fundamentals" is a more diplomatic way to express the same idea.

Some researchers for the federal reserve are now concerned that a bubble could be forming.

Until recently, the idea that a new housing bubble is forming didn't have many supporters. Now though, some researchers at the Federal Reserve cite new evidence that one is emerging. For example, some economists feel that housing is currently overvalued.

Other Housing Bubble Signs Not Yet Seen

During the last housing bubble - during the prelude to the great recession in 2008 - some banks lowered their standards for underwriting. As a result, credit became easier to access. Banks also introduced new mortgage products with low introductory payments that eventually ballooned up. In addition, mortgage-backed securities were pushed by Wall Street, increasing the availability of credit. The risks to homebuyers - some of whom lacked basic financial literacy - were minimized and a touch of illegal activity was also going on.

Predatory lending practices were a bad start, but the bubble was also fueled by property investors with unsustainable expectations, and the rise of home-flippers just exacerbated the problems.

Because of protections put in place after the bad economic downturn of 2007-08, most of these bad signals are not in place right now.

What Could Cause a Housing Bubble to Burst?

Increasing interest rates will make it impossible for some new buyers to participate in the market. For those who already own a house but don't have the interest rate of their mortgage locked in, their home could become unaffordable, leading to defaults on home loans and foreclosure.

Any dip in the economy can lead to less income and a loss of jobs, which could, in turn, lessen the demand for housing. Real estate economists agree that a recession is dangerous and could cause a housing bubble to burst.

Sometimes when supply and demand are in balance, the appreciation of home prices slows down. Some homeowners, and especially speculators, rely on a quicker market to let them sell houses for a profit rather than reducing the price making the house affordable. When investors and average homeowners feel that the market has peeked, they may list their properties on the market to lock in their profits which will cause an increase in inventory.

What Happens When a Housing Bubble Bursts?

Economists agree that if we're currently in a housing bubble and it bursts, it will be nothing like when the housing market crashed back in 2008.

Lenders helped create the crisis by having deficient standards for home loans. As a result, many buyers didn't even need to prove that their income could sustain the monthly mortgage payments.

Back then, many homeowners owed more than their houses were worth. They couldn't afford to make the payments and couldn't sell their homes to pay off the mortgages. This led to a massive number of foreclosures.

That IS NOT what will happen this time around. The real estate market is much stronger. The banks and lenders have higher lending standards now. Many of todays home buyers are well qualified and placing a significant amount of money as a down payment providing instant equity and less risk.

Congress passed the Dodd-Frank Wall Street Reform and Consumer Protection Act, designed to prevent predatory lending practices. As a result, borrowers now need to prove their financial ability to make the payments before qualifying for a mortgage.

And if a homeowner becomes unable to afford their mortgage, they currently have the option to sell their home. They will almost certainly make a significant profit on the sale, enabling them to pay the mortgage off entirely. Foreclosures will always be a part of the real estate market in some small way but nothing like what happened in 2007. Keep in mind, as many news articles talk about the United States real estate market as a whole, there are significant differences from state to state. As the market cools, states like Louisiana will start seeing a rise in inventory, average days on market, and price reductions before a state like California. While the mainstream news will start talking about a turning real estate market states like California will still have a hot market and may be the last to slow.

Many economists disagree that the 2022 real estate market is experiencing a housing bubble. One main reason cited is that the rise in home prices is not attributable to speculation. Many home buyers are well qualified and are placing a significant down payment which creates instant equity and lower risk.

Still, many economists agree that many regional housing markets are overvalued, with housing costs not supported by incomes.

If a new housing bubble is created, it will not be like the one we experienced in 2007. It won't last the same amount of time, have the same economic impact, or affect the same number of homeowners as profoundly. Housing bubbles tend to be a short-lasting phenomenon with a strong impact, but historically the real estate economy has been able to rebound and recover.

The lessons learned back in 2007 were painful and devastating for some, but the fact that it was so bad led to some much-needed reforms. Banks and lenders have stricter guidelines for home mortgages, and homeowners can better meet the responsibilities of borrowing. If a housing bubble does form, rest assured that we will all be better able to handle it.